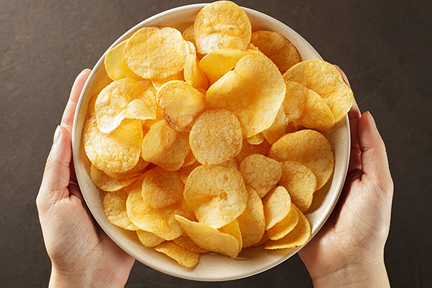 …because there’s a link between fried potatoes, as in French fries and potato chips, and skin cancer. It’s down to a chemical called acrylamide, which is formed when foods are fried, especially starchy ones, like potatoes.

It’s a toxic chemical known to cause reproductive problems and birth defects. It’s also found in cigarette smoke. But new research has found it raises a person’s risk of skin cancer by 13% over time. In fact, several potato chip companies settled a lawsuit… and agreed to change their manufacturing process to reduce the amount of acrylamide formed during the frying process. So limit the amount of fried potatoes you eat to reduce your risk of skin cancer.