Researchers from the University of Chicago looked at data on the amount of trees in one city – along with detailed information on the health of more than 30,000 city residents. And people in neighborhoods with more trees reported significantly fewer symptoms of metabolic syndrome – like high blood pressure, heart disease, obesity or diabetes. It’s down to the healing and restorative effect of nature.

There’s a significant health benefit to having grandkids! Research by University of Chicago psychologist John Cacioppo shows that having grandchildren helps keep our thinking sharp. Because it takes a lot of flexibility and mental energy to look after a highly-active child. And being forced to think on our feet is one of the best ways to stave off dementia. 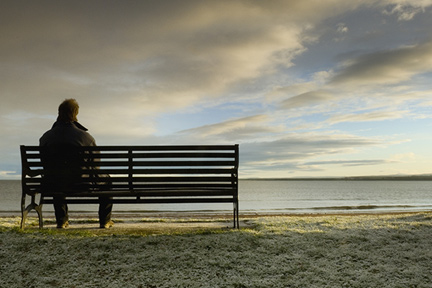 Loneliness is a growing problem these days, and it could ruin your health. According to Newsweek Magazine, we’re three times lonelier today than we were 20 years ago.

So why is loneliness on the rise? Well, psychologists say there are several reasons. One is that we lead far more separate lives now than we used to. Before, we stayed close to our families and hometowns and developed life-long relationships.

And social networking sites like Facebook, aren’t helping the situation either. Dr. John Cacioppo of the University of Chicago is an expert on loneliness. He says keeping up with people on Facebook can actually increase lonely feelings. Cacciopo says those virtual connections are like celery… At first they feel good, but ultimately they leave you feeling empty.

So how do you turn this around? For some it’s easy – join a group, take a class, attend church. But for other people, loneliness can be very deeply ingrained. For them, therapy might be the answer. It could help a lonely person develop meaningful relationships, which is the best way to fight back.