Go ahead and enjoy the salty snacks you like – like chips and pretzels – just make sure you exercise afterward. That’s because exercise naturally reduces your body’s response to sodium – by sweating. It also helps your blood vessels relax and allows for better blood flow. 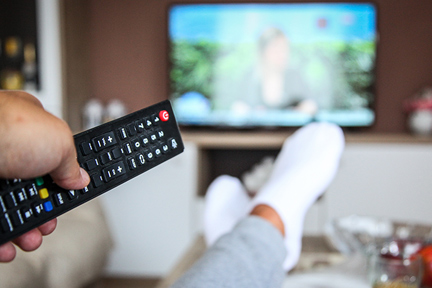 Want to be LESS likely to eat when you’re relaxing in front of the TV? Watch a talk show! Whether it’s “Ellen,” “The Talk,” or “The Late Late Show with James Corden.” Research in the Journal of the American Medical Association found we eat 98% LESS while watching a talk show compared to an exciting action show – which can trigger tension and mindless overeating. It’s because we need to pay closer attention to what people are saying on a talk show… so we’re more focused on listening and absorbing information, than absorbing calories through mindless eating.

…especially if it’s something crunchy. Because hearing your own munching helps you eat less. Researchers from Brigham Young University found people ate more pretzels when ambient sounds drowned out the crunch. It’s all down to being mindful. Because, when we can hear ourselves chewing, we’re more cognizant of what we’re eating. It’s like being in a restaurant and slurping your soup – and suddenly you feel like everyone’s staring because you’re so loud – so you slurp less, right? Well, when we hear ourselves chomping, even when we’re alone, we stop eating sooner. 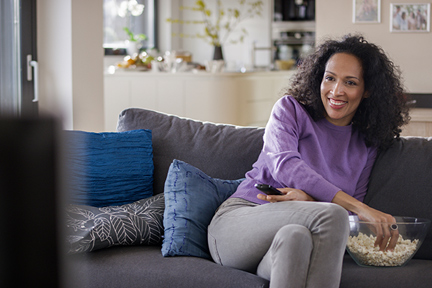 When it comes to snack foods, how can you tell when you’re eating a single serving? Here’s an easy way to eyeball it:

For crackers – a serving is about 14 regular-size crackers.

Finally: For popcorn – one serving, without butter, is a generous 3-and-a-half cups.

Why do we eat so much when we’re stressed?
Because we can’t taste things as well! Now, 90% of us admit to stress eating – but stress suppresses our ability to taste. So we eat more – trying to taste our food! So when you’re stressed, reach for something spicy or strong tasting, like a pickle. Or, relax first without food. Take a walk, calm down, and when you eat, your taste buds will be functioning more normally and you’ll eat less.

It’s not the holidays that make us gain weight……It’s football season! According to the New England Journal of Medicine – most of us only put on a pound over the holidays, on average. But football fans having pigskin pig-outs all season long put on an average of 10 pounds!

Cornell University found that people ate TWICE as many cookies in a messy kitchen, compared to a tidy one. That’s because visual clutter raises our stress levels. And when we’re stressed, we’re more likely to turn to unhealthy snacks for comfort – like cookies. So, the first step to taking control of your diet may be to clean up the kitchen. 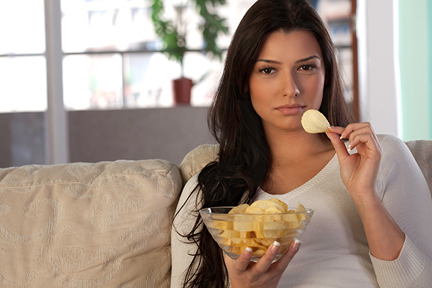 You’re just bored. That’s the result of research from the University of Central Lancashire in the UK. They conducted two experiments to see how boredom affects people’s food choices.
In one study, people were asked to list their favorite foods, healthy and unhealthy – and then they had to complete a really boring task. Afterward, when asked what they wanted to eat from their lists, they overwhelmingly chose things like chips, sweets and fast food.
In a second experiment, people were offered a variety of healthy and unhealthy snacks while watching either a boring video or a funny one. Those who watched the boring video ate a lot more unhealthy snacks.
The researchers say this shows we crave fatty and sugary foods when we are bored. And they believe boredom is related to low levels of the uplifting brain chemical dopamine. So people crave fatty, sugary foods to activate more dopamine…
So if you want to cut down on your snacking and unhealthy food choices – don’t let yourself get bored! 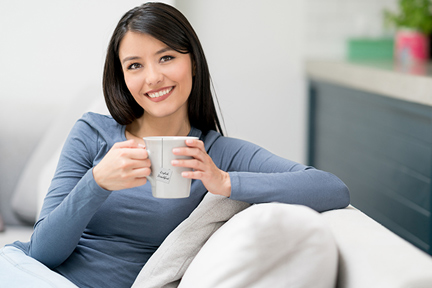 On any given day, our snacking contributes to over 30% of the calories we take in – totaling over 900 calories, on average. But there may be a simple solution… Drink black tea. The antioxidants in tea keep blood sugar stable. And when our blood sugar levels remain steady, our hunger hormones don’t spike, so we’re less likely to snack! Black tea also stabilizes our stress hormones – so we’re less likely to soothe our stress with food. To get the best results, drink 3 cups of black tea a day. 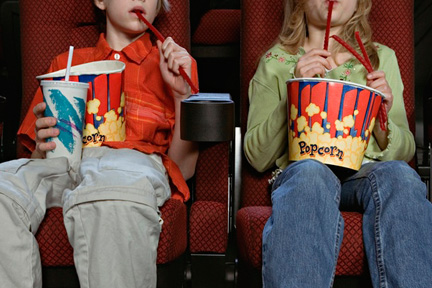 Get your snacks during the previews! According to research, people consume more than 80% of their calories before the movie begins. Once it starts, people are more focused on the movie than their snacks, so they end up eating less.