You know the old saying ‘nice guys finish last.’ But we should change that to ‘nice guys live longer!’ Researchers from New South Wales University interviewed over 200 men who’d reached their 100th birthdays.

The conclusion? Men who reached that age milestone were more optimistic and open-minded and were more likely to have close relationships with others. And they were less prone to negative emotions, like anger, stress, and hostility. And numerous studies show that upbeat extroverts tend to be healthier and live longer, than downers. 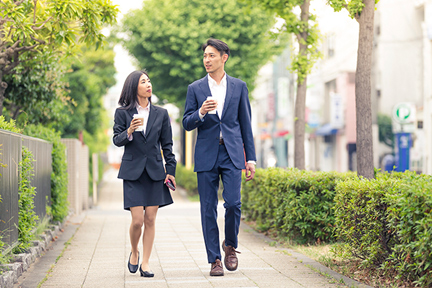 To feel more energized in the middle of your workday, all you need is a 30-minute walk. In a study, people who did that 3 times a week for 3 months had more energy, were less stressed, and felt more optimistic. It’s all down to the endorphins that get released when we’re active. That’s according to the Journal Of Medicine & Science in Sports.

Are you a “glass is half-full” type of person? A study from the University of Kentucky in Lexington found that optimism helps your body fight off cold and flu viruses. The immune systems of volunteers responded more aggressively to germs injected into their skin on days when they felt more hopeful, and less so when their moods were more pessimistic.