…as long as you drink in moderation. That’s according to Harvard University researchers. They found that study participants were only likely to gain weight if they consumed more than 3 drinks a day. And those who drank liquor were more likely to gain weight than those who preferred wine. Even though a serving of wine has about the same number of calories as a serving of liquor. The reason? Because most people drink hard liquor with mixers and flavored syrups – which are packed with sugar and calories. And that can turn a 100-calorie shot into a 500-plus calorie margarita or mai-tai.

Eat berries at least once a week!

Harvard Medical School researchers found that people who ate the most blueberries and strawberries had the slowest rate of memory loss… a difference equal to about two-and-a-half years of aging. But the biggest surprise was that all it took was a half-cup serving of blueberries or a 1-cup serving of strawberries per week. Better brainpower from berries.

Put away the sleeping pills because all you may need to get better sleep are earplugs! Researchers at Harvard University recently found the key difference between sound sleepers and light sleepers is this: The brains of light sleepers stay more alert… which causes them to wake up at the slightest sound – from a dripping faucet, to the neighbors arguing next door, to the dog’s snoring. But light sleepers who are able to block out noise with earplugs are much more likely to sleep soundly. 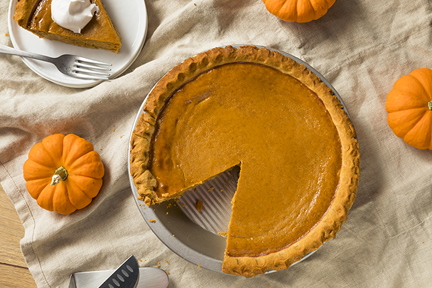 Go ahead and eat some pumpkin pie! It’s loaded with plant compounds that prevent cataracts and macular degeneration. In fact, according to Harvard Medical School, people who regularly eat pumpkin are 18% less likely to develop those problems. 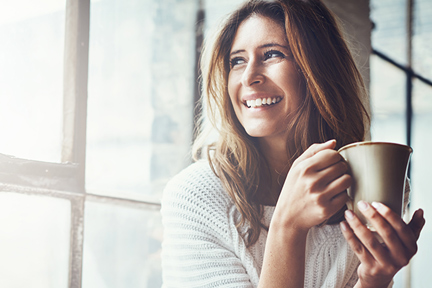 Did you know that drinking coffee could reduce your risk of depression? A study at the Harvard School of Public Health analyzed a decade’s worth of data on more than 50‑thousand people. The result: Those who drank two to three cups of caffeinated coffee a day were 15% less likely to develop depression than non-coffee drinkers.

It makes sense. Harvard School of Public Health researchers found drinking 4 cups of regular coffee a day can reduce our risk of depression by 20%. That’s compared to people consuming caffeinated tea, soft drinks, energy drinks, or chocolate. Researchers aren’t exactly sure why caffeinated coffee is the best mood booster. But the Mayo Clinic says 400 milligrams of caffeine – about what’s in 4 cups of brewed coffee – is considered safe for most adults. 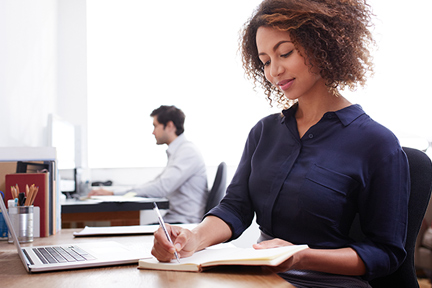 Even if you’ve had the worst workday EVER – take a minute before going home to jot down a couple of good things that happened. Like hearing your favorite song during your commute – or the delicious sandwich you got from the lunch truck. That’ll relieve stress, and send you home with fewer work-related-worries. Researchers from Harvard found that even a tiny dose of gratitude triggers changes in the brain that solidify happy thoughts and feelings, and make them stick.

Because we’ll only find a legitimate diagnosis 34% of the time. The rest is bogus information. That’s according to a study of popular medical sites by Harvard researchers. However, the two websites that performed the best in their study – and gave correct information most often were: MayoClinic.org and Symptify.com. So go ahead and check those sites – but it’s always best to see your doctor for a solid diagnosis.

How do I know? Because if your child is between age 6 and 19, there’s a 50/50 chance he or she is dehydrated. That’s according to a study conducted by Harvard scientists, who analyzed 4,000 kids.
And they found that nearly 55% of them were “inadequately” hydrated, with boys being more at risk than girls. Erica Kenney led the study for the Harvard School of Public Health – and she says, this doesn’t mean that kids are dropping like flies or need to go to the hospital. But even slight dehydration can negatively affect a child’s mood, energy level, and ability to learn – and can lead to headaches and irritability. And kids are more prone to dehydration than adults. That’s because their thirst mechanism isn’t fully developed, so they often don’t feel thirsty until they’re in the early stages of dehydration. 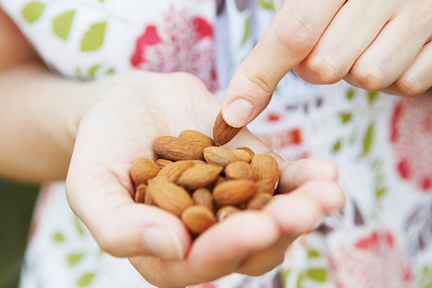 A recent study from Harvard found people who ate nuts daily were up to 20% less likely to die of cancer, heart disease and respiratory disorders. Researchers say it’s down to the fiber, Omega-3 fatty acids, and plant sterols in nuts. So,unless you’re allergic, eat a handful of unsalted walnuts, almonds, or peanuts every day.