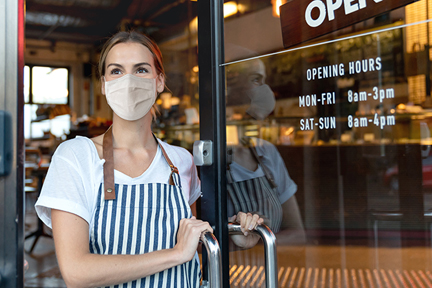 A door you push open, or one you pull? Microbiologist Dr. Adam Roberts says a pull-handle is 5 times more contaminated. Because our fingertips, the dirtiest part of our hand, are more likely to touch a pull-handle. While we typically push with our palm.

According to the American Society for Microbiology, nearly HALF of all kitchen towels are teeming with bacteria. That includes E.coli and other illness-causing pathogens. And the chances are even higher that your kitchen towel is contaminated if you live in a humid climate – you have a larger family – and your family eats meat, instead of being vegetarian. Of the contaminated kitchen towels, 75% contained bacteria normally found in the intestines… and another 14% grew colonies of staph.

So to avoid catching something disgusting from your kitchen towels, the researchers offer these tips:

First: Before you start food prep, and after handling raw meat and its packaging, wash your hands with soap and warm water for 20 seconds. That way, most of the germs will be washed down the drain instead of ending up on the towel.

Next: For cloth kitchen towels, wash them often. And use hot water, so it’ll remove bacteria. Also, have multiple dishtowels handy to avoid reusing a dirty one.

Finally: Only use paper towels once. The more you use a paper towel, the higher the odds you’ll start spreading germs around.

You might reconsider after you read this: Microbiologist Dr. Anthony Hilton of the UK’s Aston University says the average family car is a rolling dining room that’s rarely cleaned. And that leaves the interior covered with illness-causing germs, which can trigger everything from skin infections to vomiting. And the bugs are mostly found on the steering wheel, gearshift, and door handles. If you allow food in your car, Dr. Hilton recommends treating your vehicle as an extension of your home. And make sure you clean and disinfect it at least once a week.

That’s from Lisa Ackerley, a leading expert on food safety. And a grill’s heat won’t necessarily kill illness-causing microbes, which can be transferred to your burgers and hotdogs.

So why are outdoor grills so filthy? Because living in the backyard exposes them to decaying plant matter, food, and bird droppings. And that makes the grill a magnet for harmful bacteria like E.coli, salmonella, and listeria.

Bottom line: To protect the guests at your next barbecue, give your grill a good scrub before you fire it up.

Nope! In fact, a lot of us associate hot water with making things sterile, but a new study says it’s no more effective at killing germs on our hands than cool water. In fact, as long as we’re combining water with soap, researchers say cool water may be betterfor most people. That’s because the contaminants in home water pipes, that can cause skin irritations, dissolve more easily in hot water. So, go ahead and wash your hands in cool water. It’ll work just as well.

Should you keep it covered, or let it breathe? Ohio State University’s Wound Center says: Both. Keep it covered when you’re out and about, and your skin is exposed to pollution, germs, and debris. At home, uncover it and let it breathe – especially while you’re sleeping. Because that’s when the body uses oxygen to produce new skin cells and collagen, which seals the wound and helps it heal.

Mosquitoes are still active in some parts of the country. Luckily cooler temperatures are arriving, which means mosquitoes won’t be a problem soon. Mosquito bites would be much less annoying if they didn’t ITCH. So, here’s the fix: Rub coconut oil on them! Natural health expert Dr. Joseph Mercola says coconut oil is anti-inflammatory and will reduce swelling and itching faster than other skin treatments. Plus, coconut oil is anti-microbial, so it kills the germs that could cause an infection and helps bites heal quicker.

Also, coconut oil is a super lubricant that helps skin stay hydrated. So, you’re more likely to feel soothing relief from bug bites – rather than a constant urge to scratch!

Here’s how to get rid of it ASAP, according to lung specialist Dr. Neil Schachter:

First, take a HOT shower when you wake up. Lying down causes virus-laden mucus to drain to the back of your nose and throat, making it harder to breathe. But hot, steamy air loosens mucus, helping you clear it OUT by coughing or blowing your nose.

Next, the more water you drink, the faster your body can flush out viruses.

And even a 5-minute walk slightly raises our core temperature, like when we have a fever, which can literally bake our cold germs away. 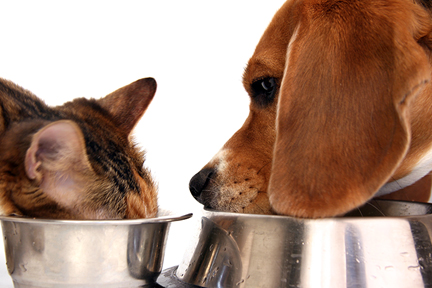 Well, you may want to stick it in the dishwasher, because it’s one of the germiest things in your house! The product testing organization NSF International found most pet bowls contain things like yeast, mold, and bacteria like E.coli.

Most of us pet owners don’t think the bowls are a problem. But in a recent study, out of 30 items swabbed and tested from people’s homes, pet bowls ranked near the top of the list!

But things like salmonella and E.coli can fester in your pet’s bowl – making your pet very sick. And even if you accidentally touch the bowl or pick it up, it can make YOU horribly sick, too. The researchers say pet bowls should be washed daily. And if you feed your pet raw food, it should be washed after every meal. Also, the experts say get rid of any plastic bowls altogether. Because germs are more likely to hide and multiply in the cracks of plastic bowls – more so than in ceramic or stainless steel pet-food bowls. 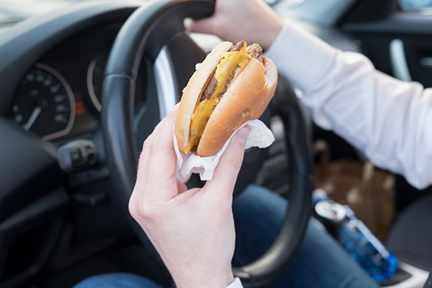 You might reconsider when you hear this: Microbiologist Dr. Anthony Hilton says the average family car is rarely cleaned. And grease and crumbs from food create the perfect growing environment for germs that can trigger everything from skin infections, to food poisoning, to vomiting. If you allow food in your car, Dr. Hilton recommends treating your vehicle as an extension of your home. And clean and disinfect everything that gets touched regularly, at least once a week. Especially the steering wheel, gearshift, door handles, and baby seat buckles.