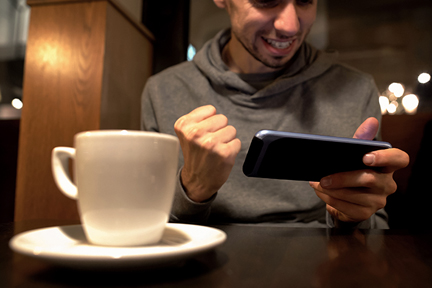 Coffee lovers, if your double espresso isn’t giving you the buzz it used to, do this: Don’t order a triple espresso – stick with the double and play a video game while you’re sipping it. According to the University of Alberta, people who played a fast-moving video game while drinking coffee felt significantly more energized than those who drank coffee but skipped the game. Think Tetris, Fruit Ninja, or Call of Duty. It works by increasing your brain’s production of adrenaline.