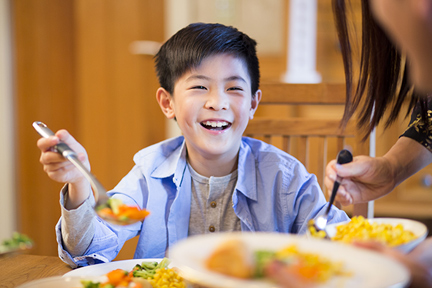 Serve them with foods your kids hate even more! That’s the advice of researchers at Texas A&M. It sounds counter-intuitive, but after studying the foods that get tossed in the trash from the National School Lunch Program, researchers found that more vegetables are uneaten and thrown away on days when the entrée is really popular, like burgers, chicken nuggets and pasta. But when kids aren’t crazy about the entrée, like fish, fewer vegetables are tossed and more are eaten. It makes sense; it’s the lesser of two evils. If a kid really hates fish, that broccoli they think is so-so will taste a lot better by comparison.